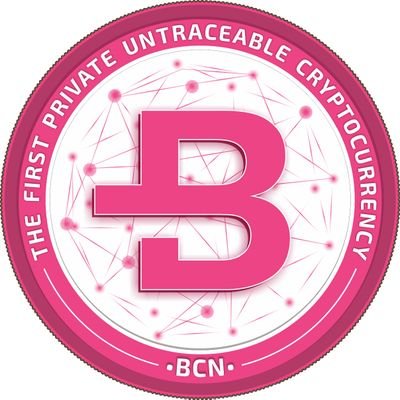 Bytecoin is a cryptocurrency coin that is said to have been founded in June of 2014, according to coinmarketcap, and 2012 according to the information the provide/publicize.

The crypto’s technology was the first to utilize the CryptoNote protocol to enable true anonymous transactions on the blockchain. Bytecoin and it’s unique technology has given birth to more popular cryptocurrencies such as Dash and Monero, which both utilize Bytecoin’s cryptonote technology. In the past couple of months, Bytecoin has raised many eyebrows, attracting many developers to the project. Equipped with a number of significant features, in addition to the accessibility of an improved and user-friendly wallet, BCN is now listed on Binance, which is said to be the world’s largest exchange, and seemingly has strict requirements for listing a coin.

Bytecoin (BCN) which gave birth to Monero (XMR), a rising altcoin known for its anonymity, is making a comeback in the market. This can be a direct outcome of the controversies generated by Monero (XMR), especially due to the frequent mining scandals.

Many have taken to criticize the coin and some even call it a “scam,” with the coin’s origin having murky beginnings (See: “________”) and the recent technical issue with Binance (See related article: “Bytecoin (BCN) issue explained: Outdated software“), however, Bytecoin’s influence in the cryptocurrency space cannot be ignored.

Bytecoin has given birth to privacy coins, it’s seen growth over time, it’s now listed on a number of internationally renowned exchanges, and they are continuously updating their roadmap and accomplishing goals. All signs of a team that intends on seeing the coin grow. With a steady rise in the price, BCN seems to rank itself among the most promising currencies of 2018, despite its unpopularity among the masses. The CryptoNote algorithm, which has been developed to offer the security of all crypto transactions, is not only acknowledged for its security features but also for its resistance towards ASIC. Much to traders convenience, Bytecoin can be mined by anyone and from anywhere just with the help of a regular computer.

At the time of writing this article Bytecoin is ranked 20th overall, and it is trading at $0.00593 usd with a circulating supply/max supply of: 183,890,481,254 BCN / 184,470,000,000 BCN. With it almost being completely mined, it’s rarity continuously increasing due to design, and the fact that it will organically grow with the market regardless, Bytecoin could be a good investment.

For more information on Bytecoin visit their website: https://bytecoin.org/